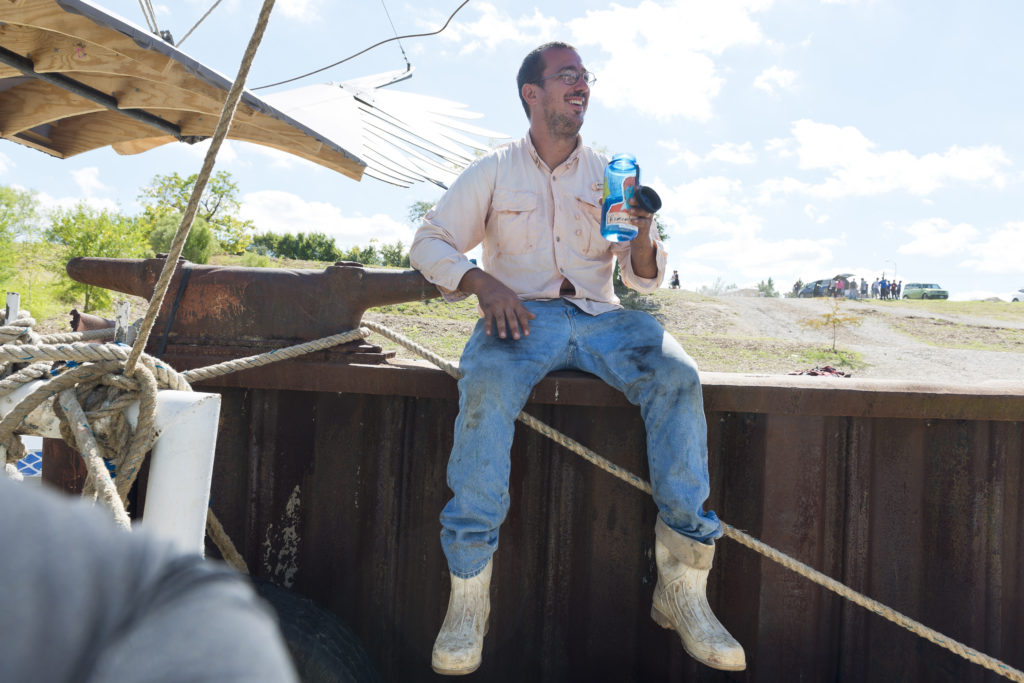 Zach Moser is an artist based in Houston, TX. Through his artistic practice, he facilitates collaborative and interactive investigations, designed to discover alternative methods of communication and new expectations of human potential. His work focuses on pursuing knowledge, alleviating the critical effects of injustice and participating in creative communities. He received a BA in studio art from Oberlin College in 2002 and attended the Skowhegan School of Painting and Sculpture in 2008. In 2001, he founded and facilitated the Big Parade of Oberlin, OH, in 2003, he co-founded the youth development organization Workshop Houston, and in 2011 he founded the ongoing work, Shrimp Boat Projects. He has exhibited his work and projects at the Contemporary Art Museum of Houston, the Glassell School of Art and Diverseworks Art Space. Moser received the Compton Mentor Fellowship in 2003, the Artadia Award in 2006, the Idea Fund in 2008, in 2011, was an Artist in Residence at the University of Houston Mitchell Center for the Arts, and in 2012 received a Creative Capital Visual Arts Award .